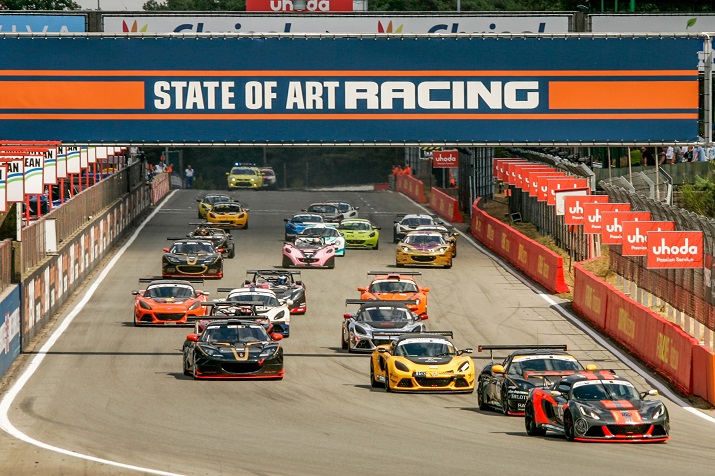 A regular fixture on the Lotus Cup Europe calendar for several years now, Zolder brings the championship to the Flemish region of Belgium, and another former Grand Prix venue. It’s been a happy hunting ground for reigning champion John Rasse, who won here last year on the way to his second title.

This season has been much tougher for Rasse, however, who has been the only Exige driver to threaten the dominant Evoras in the V6 Cup class and for overall victories. With another three wins added to his tally last time out at Magny-Cours, Hungarian Bence Balogh is running away with the 2018 title. With woes in France for Open class pacesetter Andrew Wright, Production category leader Sven Pettersson is now Balogh’s closest title rival.

This year’s Zolder round took place several weeks earlier in the calendar than previous events, this time supporting the circuit’s annual 24-hour race. 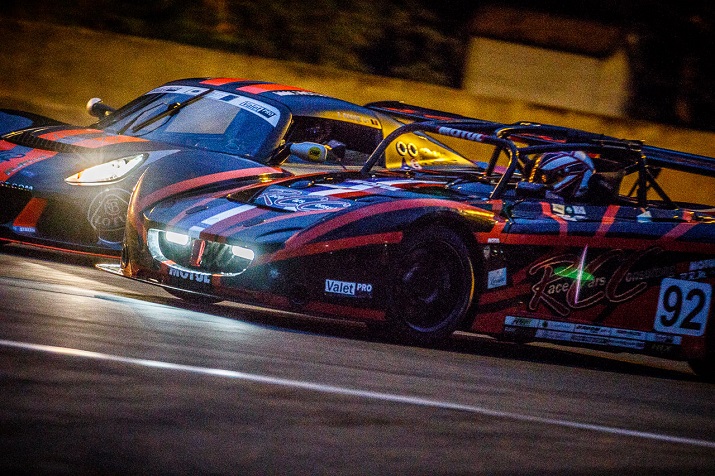 Weeks of scorching temperatures and drought conditions in much of Europe gave way to torrential downpours on the opening day of the meeting, and only 16 cars headed out for opening practice. Former champion Tamas Vizin headed the first session, where lap times were more than 20 seconds off the usual pace. Hockenheim winner Steve Williams topped the second in his Evora, in much drier conditions.

Qualifying added further challenges; whilst the two races would be held in daylight, the grid would be determined in the dark. With the nights starting to draw in, the drivers had little visibility and this seemed to be working to Rasse’s advantage as he headed the times. However, Christophe Lisandre kept a keen eye on his rival and beat him to the pole position by just one thousandth of a second. 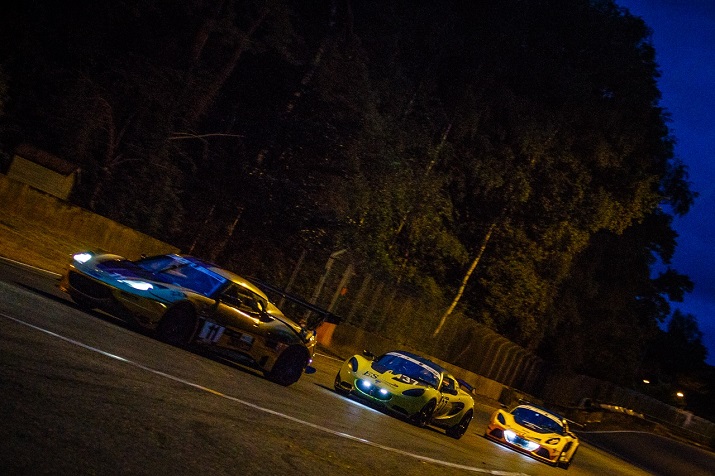 Balogh joined compatriot Vizin on row two, and looked forward to maintaining his title advantage in the races. Row three was occupied by Nikolaj Ipsen and Willismad, and they were followed by the second-placed 2-Eleven of Christopher and Franck Laroche, Daniel Palma, Jason McInulty and Robin Nilsson.

Wright returned to the top of the Open class with 15th place, just one place ahead of David Harvey, whilst Mark Yates topped Production in 17th place, leading Petersson and Thierry Hedoin. 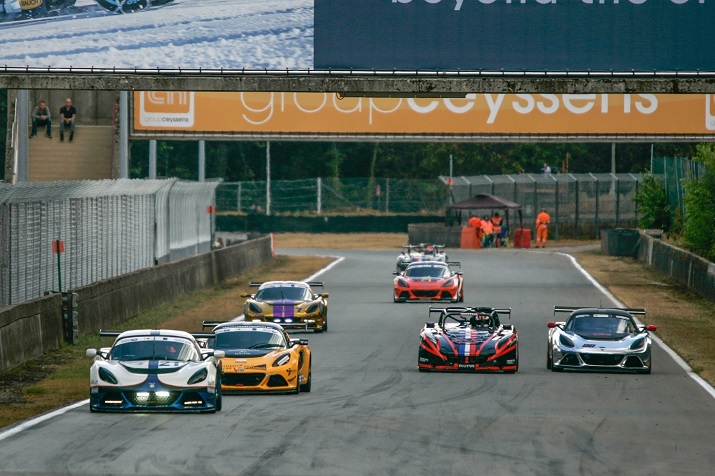 Following on from a rest day, race day provided much more settled conditions, with clear skies and warm temperatures. Nevertheless, turn one appeared to offer much less grip than expected, with Rasse taking an early lead but running wide exiting the first corner and skating the edge of the gravel. He recovered, but lost out to a fast-starting Palma, whilst McInulty also enjoyed a strong opening sequence.

Rasse was back in the lead at the following corner, whilst pole-sitter Lisandre also lost places at the start, but the 2-Eleven driver was less fortunate in the following turns. He would drop back to seventh place by the end of the race. 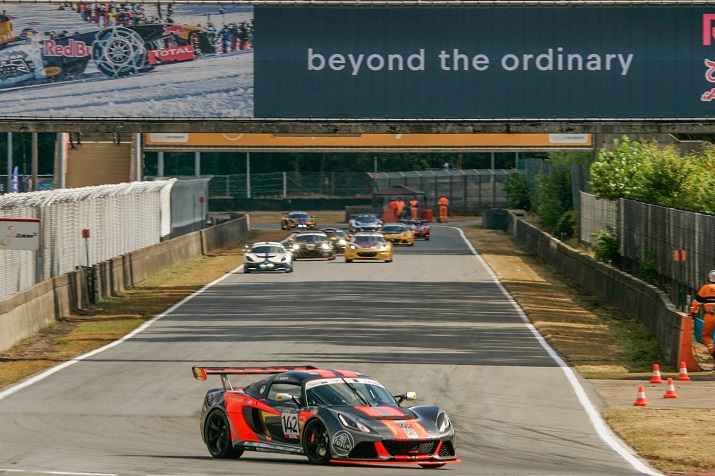 Re-established in the lead, Rasse began to pull away from his rivals. McInulty grabbed second and looked set to offer opposition, but he soon retired with car troubles. This left the Evoras of Williams and Balogh to move up and fight over second place and this was a battle that lasted for several laps, helping Rasse scamper off into the distance.

Balogh eventually passed his British rival, and set off in Rasse’s direction, however the gap was too big by now and the top three finished in this order. Behind Williams, there was an intense squabble for fourth place. Vizin claimed this position and would clear his rivals, whilst Ipsen and Verhiest would also move ahead late on. This left Lisandre, Franck Laroche, Palma, Georgy Balogh and Wright to finish within seconds of each other, the latter some 40 seconds clear of class rival Harvey. 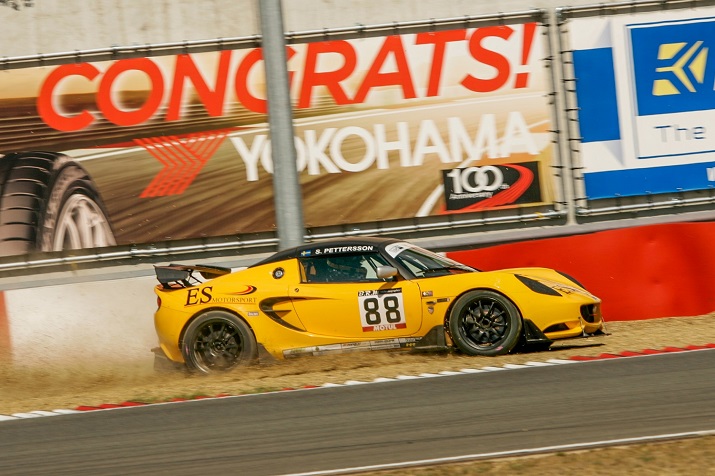 Once again the Production class provided much entertainment, with Pettersson, Hedoin and Yates disputing the lead and Cai Cederholm not far behind either. Hedoin headed the pack until Pettersson passed with a few laps remaining, however the Swede hit the kerbs at the first chicane late on, running into the gravel on exit. This gave Hedoin his first class win, something he’d been threatening to do for some time, with Yates taking second place. 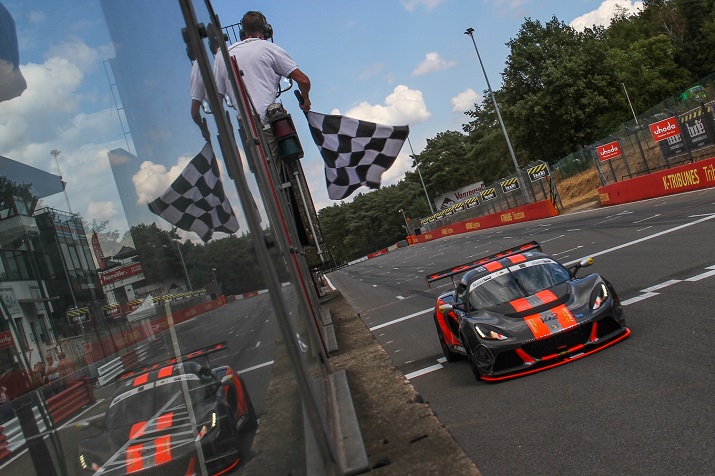 Held barely three hours after race one, race two gave Rasse a much easier run into turn one from a standing start, and he managed to build a useful lead once again. As with race one, Williams tried his hardest to hold off Balogh, but despite his title lead, the Hungarian was not exercising caution and tried everything to wrest second place from his rival. The tactic worked, although Balogh still could not challenge Rasse; indeed the gap was much bigger this time round.

Dropped by Balogh, Williams had no time to be complacent in third place; he faced fierce opposition from the Exiges of Vizin and Ipsen, which kept him company until the flag. The trio would finish in that order, with Verhiest over 20 seconds behind in sixth place. Meanwhile McInulty was forced to retire his Evora once again.

Seventh was claimed by the leading 2-Eleven of Lisandre, and whilst his finishing positions did not reflect his qualifying speed, the Frenchman at least claimed two class victories. Christopher Laroche was three places behind, with Robin Nilsson and Palma between the category rivals. 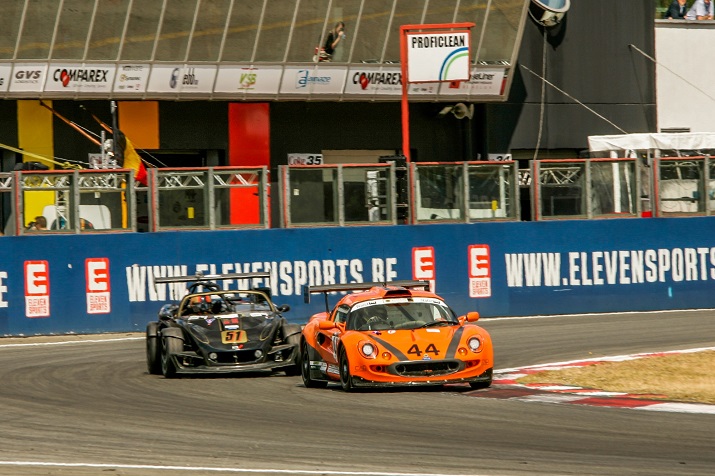 Just behind Laroche in the results, albeit 15 seconds in arrears by the flag, Wright took another Open class win, two places ahead of Harvey.

Pettersson made up for his race one error by dominating the Production category, which had started off a lot closer as Yates and Cederholm battled early on. Hedoin’s day ended early, retiring at just over half distance. 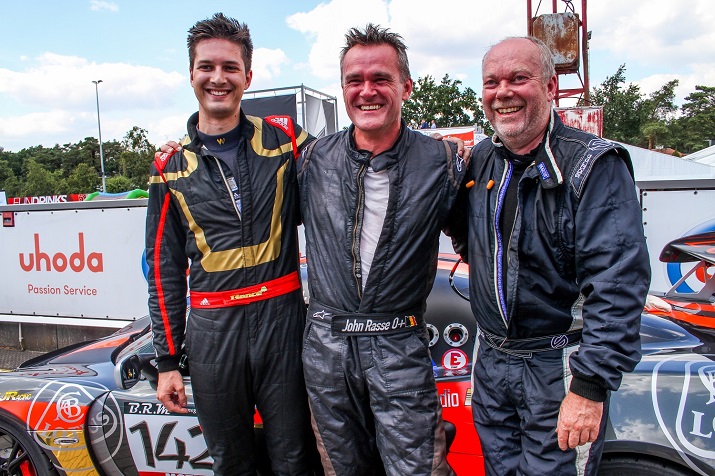 After threatening at Paul Ricard, Spa-Francorchamps and Magny-Cours, Rasse finally returned to the winners’ circle at Zolder, ending the Evora domination of the first four events. The unusual qualifying format and cooler temperatures may have helped, but the Belgian proved just why he is a two-time champion with two fine drives. Nevertheless, with two second places, Balogh continues his charge towards the title, with Pettersson’s race one error dong no favours to his challenge, whilst Wright did at least return to winning ways.

Elsewhere there were welcome performances from Lisandre to take pole position, and Hedoin claiming his first win in the Production class. Both will be keen to impress again at Silverstone, as will the rest of the field when the championship continues at the UK circuit on 1-2 September.