Last Saturday we were at MIRA, with the Bentley Owners Club, for round 4 of the Lotus Cup UK Speed Championship.

Surprisingly it wasn’t raining. It was dry and overcast for the best part of the day. The paddock was scattered with any array of amazing old Bentley’s that rattled the earth and terrified people. 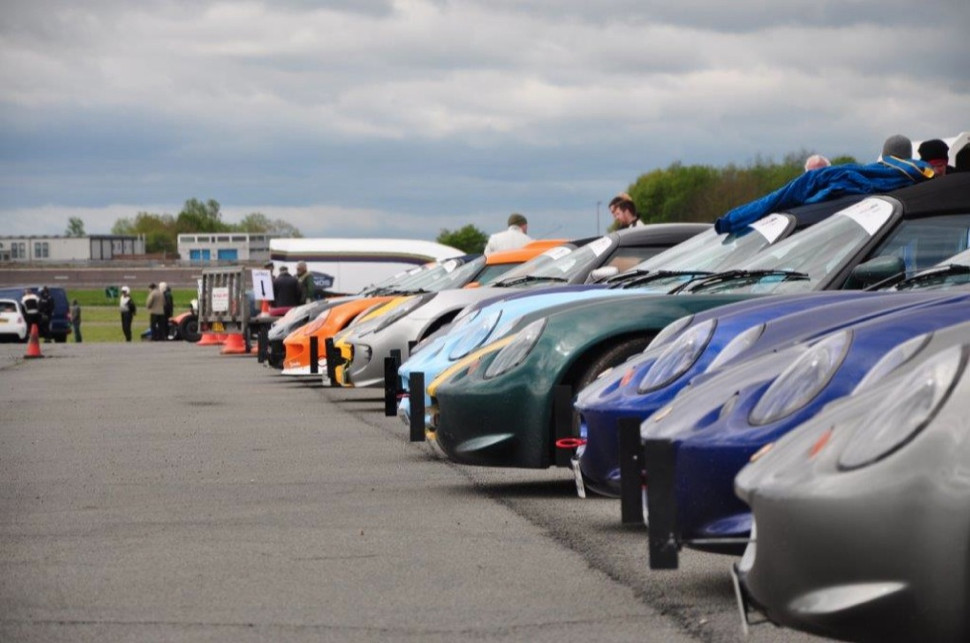 Drivers were given two practice runs and a timed run before lunch, followed by a timed run in the afternoon. A later third run would not count towards the classification but would be ‘just for fun’.

Although many of the other drivers had already headed off home, the LCUK sprinters hung around for the whooping and cheering of the awards ceremony. There’s great camaraderie amongst the drivers and their supporters in the paddock and everyone gets involved, from giving advice, helping with repairs and even on track, as Phoebe Rudd (Mark Swarbrick’s partner) found out this weekend by making her marshaling debut.

In production Jez Braker took the spoils, with Mark Swarbrick taking 2nd, and Graeme Foley taking 3rd. The ‘Driver of the Day’ award went to Adam Ruck who took 4th place and is continuing to give the drivers of more powerful cars a run for their money in his standard 118bhp Elise.

The SuperSport battle is getting evermore exciting, with Tony Pearman taking 1st place, and Xavier Brooke 2nd. Duncan Fraser made his podium debut of the season with a very well deserved 3rd.

Who knows what the results would have been if that 3rd run had have counted? 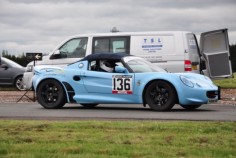 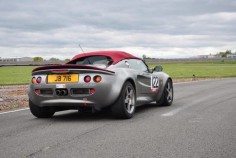 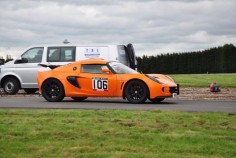 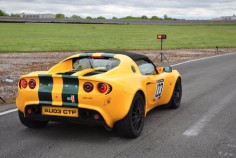 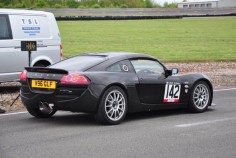 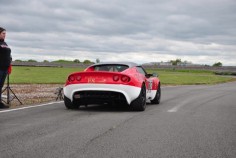