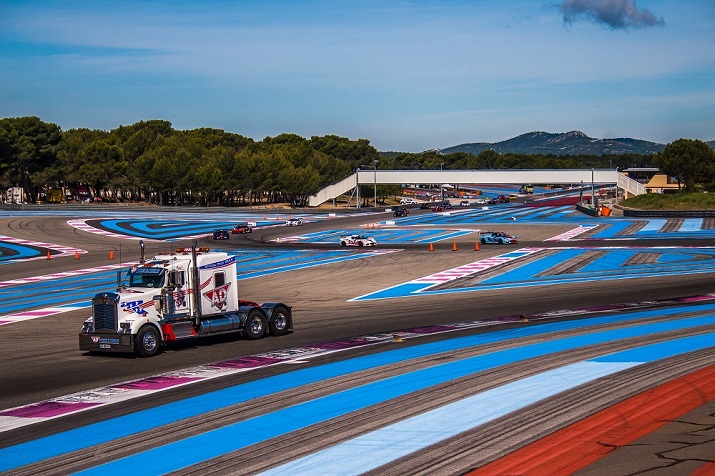 Following a hugely successful debut appearance at the Le Castellet circuit in 2016, Lotus Cup Europe returned to Paul Ricard, and in the intervening 12 months, the venue in the south of France had been confirmed as the new home of the French Grand Prix.

Last time at Paul Ricard, the 2-Elevens had the edge, with Anthony Fournier and Christophe Lisandre sharing victories, whilst the V6 Exige of Xavier Georges won out in the third round of the triple-header event. Once again there would be three races supporting the Coupe de France Camions. 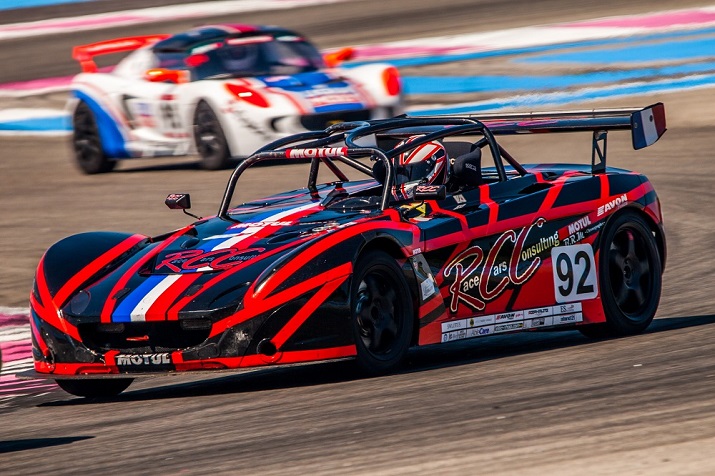 The V6 cars had reasserted their authority on the technical Paul Ricard layout, and Georges followed up on his 2016 form by heading both practice and qualifying, held in blisteringly hot conditions.

Just a tenth away from pole position was Swede Tommie Eliasson, whilst John Rasse and Jean-Baptiste Loup would share row two of the grid, followed by Daniel Palma and Steve Williams. Behind Thierry Verheist in eighth place was the highest-placed 2-Eleven of Lisandre, who had Robin Nilsson between himself and closest class challenger Fournier.

The Open class battle for pole was won by Sharon Scolari in 17th overall, just one place and three tenths ahead of David Harvey. Sven Pettersson topped Production in 27th place, a quarter of a second ahead of Jason McInulty, whilst Thierry Hedoin was third in class. 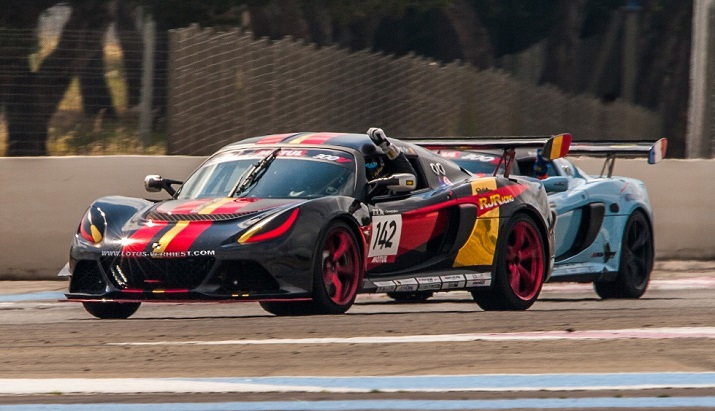 Georges led Eliasson and Rasse from the rolling start, and made his escape whilst second place was disputed, soon to be won by Rasse. Behind, Williams was working his way up the ranks and eventually caught Eliasson, and fought his way past before having to settle for the final step on the podium.

Behind Eliasson, Philippe Loup, Robin Nilsson and Palma worked their way clear of a titanic battle for ninth place, which was eventually to be claimed by Andrew Wright. However, the pack included 2-Eleven winner Lisandre, Bence Balogh, David McInulty and Stephane Cristinelli, plus the second and third-placed 2-Elevens of Christophe Laroche and Anthony Fournier.

At the front, the lead boiled down to a straight fight between pole-sitter Georges and Rasse. The Belgian stalked his French rival, eventually finding his way past in the late stages. However Georges would not settle for second place, and kept the pressure on into the final lap. As the pair approached a backmarker at the final corner, Georges tried his hardest to get past and the pair almost collided, but Rasse took the flag a second ahead after his rival kicked up the dust and lost traction exiting the turn.

In the Open class, Harvey overtook Scolari at the start and the pair ran together, almost echoing the lead fight. Indeed, Scolari passed Harvey in the late stages to take the win.

Jason McInulty had to give best to Pettersson in the Production category, and eventually dropped out of the order. Meanwhile Martin Donnelly and Cai Cederholm disputed the order of the final places on the class podium, and this particular battle was won by the former Grand Prix driver. 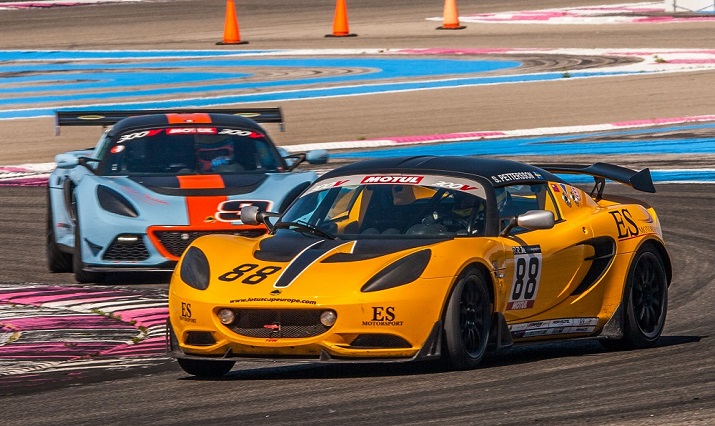 Eliasson got the better of Georges early on to lead the second race, but although he looked comfortable heading the field, his joy would not last, and he retired his Exige after just six of the 18 laps. This meant that Georges returned to the front, and he kept out of reach from race one winner Rasse, who had to contend with the attentions of Jean-Baptiste Loup as the battled over the second step of the podium, which the Belgian would eventually claim.

Once again there was plenty to fight for in the top ten, and Verhiest would be best of the rest in fourth place, ahead of Steve Williams and the leading 2-Eleven of Lisandre. They all cleared Wright, who had to defend from Cristinelli, whilst David McInulty headed Franck Laroche and Tamas Vizin at the chequered flag.

In the Open class, Scolari had an untroubled run to the category win, with Harvey over 17 seconds behnd, having fought with the 2-Eleven of Benoit Roger for much of the race.

Pettersson took another Production win, despite Donnelly leading at the start, and the Ulsterman would also lose out to Hedoin as the race progressed, but held onto a podium position in contrast to Jason McInulty, who was nursing a sick car to eighth in category. 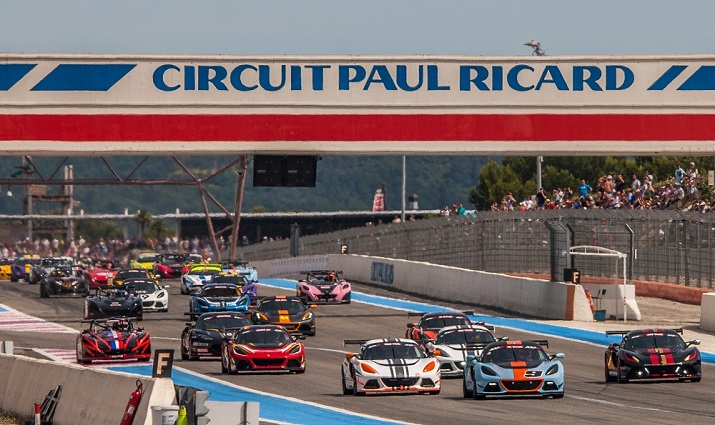 Heading into turn one off the standing start, Eliasson and Rasse were side-by-side, but it was the Swede who got the inside line, following race-leader Georges. However the Belgian was soon to take second place and quickly set about harassing the pole-sitter in front. Meanwhile Jean-Baptiste Loup latched onto the leading quartet.

Behind the front-runners, Steve Williams fought with Christophe Lisandre, Thierry Verheist and Andrew Wright, but this group quickly split up, with just Lisandre and Verheist remaining together for the rest of the race. There was a fight for ninth place, however, which was to be fought between David McInulty, Christopher Laroche, Vizin and Cristinelli, and was settled in this order.

At the front of the field, Rasse got a run out of the last corner to pass Georges into turn one, and take a lead that he would not relinquish. The first two places were settled, but the final podium place would be under dispute. Eliasson fell back from Georges as Loup began to put the Swede under pressure, eventually finding a way past. Once clear, the young Frenchman caught Georges, but progressed no further than third place by the flag.

The Open class race was another clear victory for Scolari, who ran ahead of Harvey until the Briton retired at half-distance. With Eric van’t Oever unable to start after dropping out of race two late on, Dave Carr was the only other finisher in the category, finishing seven places further back from the class winner.

Pettersson claimed his third Production class victory on a glorious day for the Swede. He’d come under early pressure from Hedoin, but the Frenchman dropped out after just six laps, leaving Donnelly as category runner, albeit 12 seconds in arrears. A similar distance behind the Ulsterman was Mark Yates, who was pleased to celebrate a podium appearance. 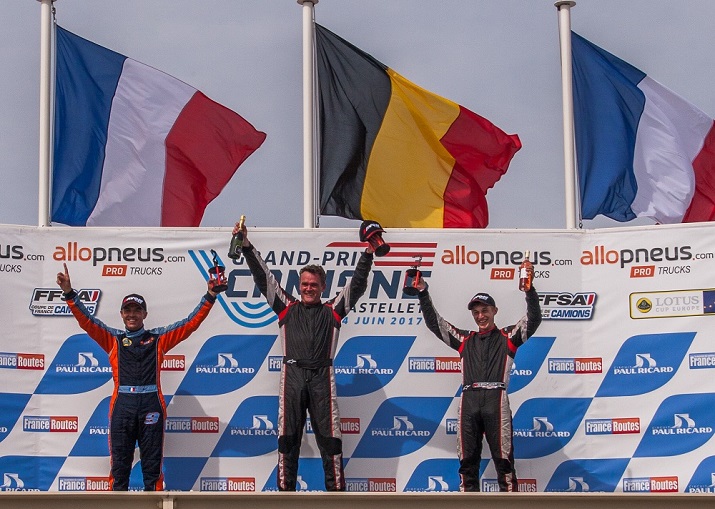 Proving that his Brands Hatch win was not a one-off, Rasse has made it a two-way fight for the overall race-wins in the V6 Cup Class, although Georges is still the fastest of the two over a single lap, as his qualifying record attests. Even so, strong performances from Eliasson and Jean-Baptiste Loup look set to make this a four-way battle, and with the next rounds at Belgium’s Spa-Francorchamps, it would be wise not to leave out Williams, who dominated at the Ardennes circuit last year.

Another set of class victories has given Christophe Lisandre a clear advantage in the title standings, whilst the Production category gets ever more competitive. It all adds plenty of intrigue heading into Spa in just over a months’ time.