A welcome return to the former French Grand Prix venue after a few years came just when the 2015 Lotus Cup Europe season was getting to a crucial championship stage. Greg Rasse returned after being forced to miss Dijon-Prenois, but rival Jon Walker had elected to skip this round, leaving other drivers, including Nikolaj Ipsen and Dijon winner Jeremy Lourenco as favourites to topple the Belgian.

The title battle was being led by John Rasse, who so far had a clean sweep of Production victories, and looked set for a repeat.

Ipsen topped the practice session, held early on Saturday morning, but by early afternoon qualifying, it was Lourenco who headed the times, by six tenths from his team-mate Xavier Georges. Greg Rasse was third, followed by excellent performances from Christophe Lisandre’s 2-Eleven and Nicolas Ferrer’s Open class Exige. They were followed by Philippe Loup and Ipsen’s V6 Exiges, with Anthony Fournier (2-Eleven), Thierry Verhiest (Evora) and Jean-Baptiste Loup (2-Eleven) completing the top ten.

John Rasse headed Production in 24th place, and was almost two seconds clear of Sven Pettersson and Jason McInulty. Both David Harvey and Cai Cederholm failed technical checks and would start the races from the back of the field. 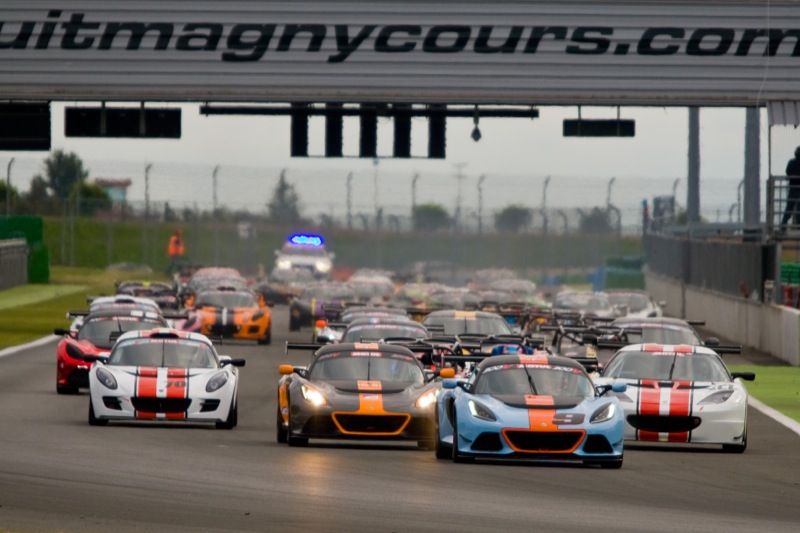 Lourenco may have got the better of his team-mate in qualifying, but Georges made the better start and led into turn one. With Gregory Rasse hanging on gamely behind, the Exige V6 pair fought a very private battle for the race lead. The Evora struggled for pace at mid-distance and began to drop away, leaving Lourenco free to concentrate on the task in hand. Buoyed by his breakthrough win at Dijon, the reigning champion used this confidence to fight his way past and take the lead in the closing laps. Georges kept in touch, and they were separated by just two seconds at the flag.

Rasse came home a lonely third, ten seconds off the lead and a similar distance ahead of fourth place, which was disputed by several cars. Ipsen eventually overcame his lowly starting position to take the place, and pulled clear of Loup sr, 2-Eleven winner Lisandre, and Loup jr, who struggled to keep up as the race wore on.

Loup fell into the clutches of Verhiest and Walker, who finished a few seconds ahead of a battle between Fournier, Williams and open class winner Ferrer. Back in 19th place, John Rasse claimed Production honours, four places and over forty seconds clear of Thierry Hedoin and Philippe VanPevenaeyge. 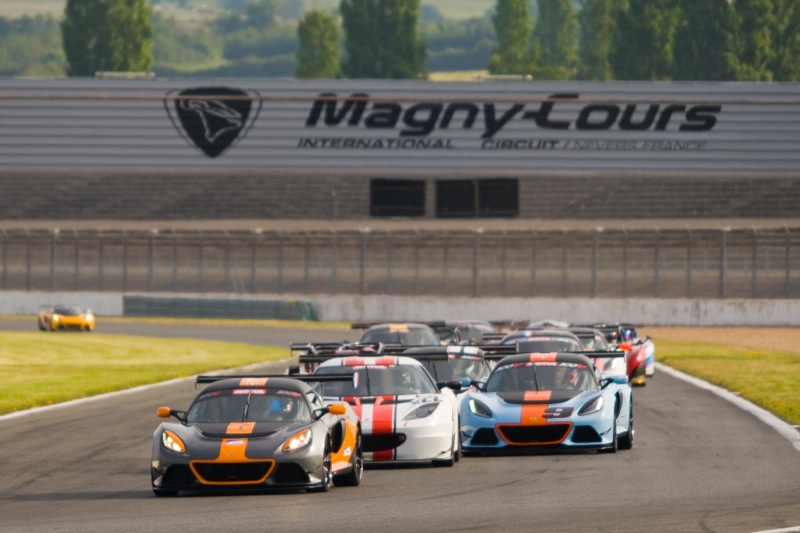 With no standing start to fall prey to, Lourenco eased into a race two lead, but there was to be no repeat of the fight between team-mates that defined the earlier encounter. This time Greg Rasse made sure that his Evora would feature in his race, and the pair squabbled over second place for several laps. This allowed Lourenco to extend his advantage by a few seconds, but by half-distance the dynamic had changed, for Rasse had cleared Georges and he began to close the gap. The champion, however, was more than equal to the task and ensured that Rasse never came close enough to attack, and with a flourish of oversteer, crossed the line two seconds to the good.

A battle raged for fourth place, just as it had in race one. Once again Ipsen cleared his immediate opponents, leaving himself a lonely cruise to the flag, but Lisandre had his hands full to earn fifth place against Loup sr and Walker. Verhiest passed Loup jr during a long tussle with Packer, whilst Williams, Benoit Roger and Jean-Pierre Genoud-Prachex headed open class winner Harvey, who had started from the back.

John Rasse took another Production class victory after a race-long fight with Open runner Phill Capstick, who lost all drive just two laps from the end. Hedoin was second in class again, this time in 19th, just one place behind, followed by Pettersson.

Once the breakthrough win came for Lourenco at Dijon, it clearly gave him added confidence to go with his championship title, for he is in danger of becoming unstoppable. However, the next round is outside of his home country, albeit in a French-speaking region of Belgium. The magnificent Spa-Francorchamps circuit should prove to be a good test for all of the drivers, but can anyone halt the progress of Belgium’s John Rasse this year?