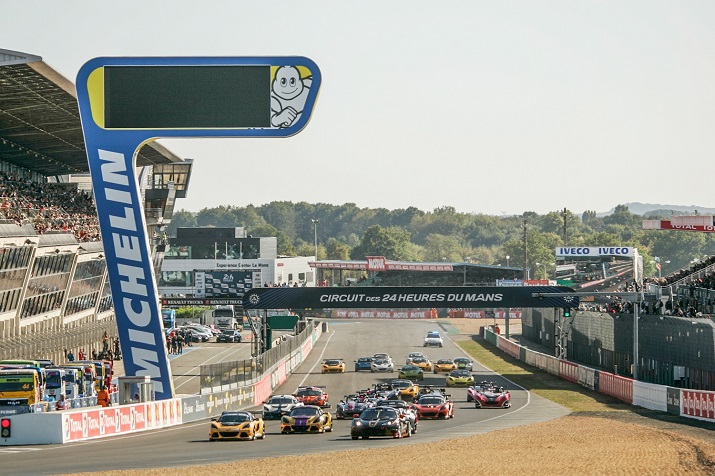 The 2018 Lotus Cup Europe season concluded in traditional fashion on the Le Mans Bugatti circuit, and a return to the support programme of the 24 Heures Camions truck racing event, in front of crowds totalling almost 60,000. The legendary venue’s famous pit straight was filled with spectators, ending the year in fine style.

With the Overall, V6 Cup and Production titles settled in favour of Bence Balogh and Sven Pettersson respectively, it looked as though Christopher and Franck Laroche would also claim the 2-Eleven title in the expected absence of Christophe Lisandre. However, the Open crown still needed to be won, with Andrew Wright slugging it out with David Harvey. 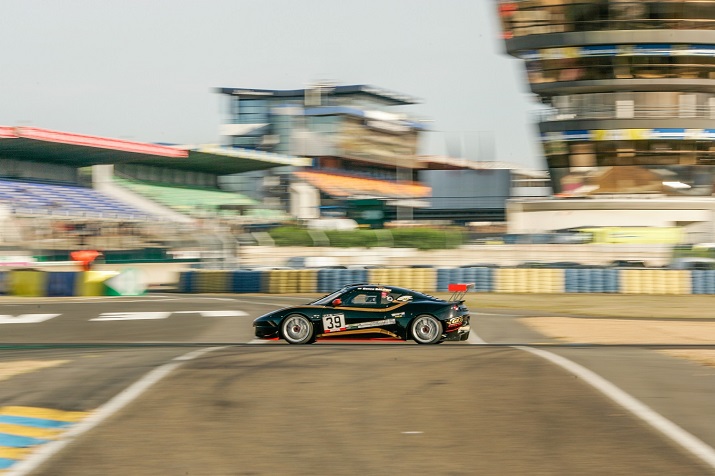 Three practice sessions were held on the Friday preceding the event, followed by a Saturday morning session, ensuring all of the drivers had plenty of time to acclimatise to the circuit and conditions. By qualifying, Balogh topped the grid by a tenth from fellow Hungarian Tamas Vizin, last year’s pole sitter. It was Balogh’s fifth pole position of the season from a total of seven rounds. 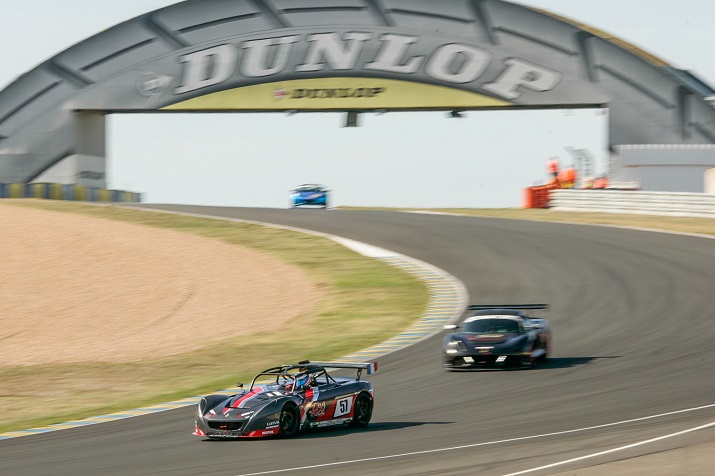 The second row was occupied by the Exiges of Daniel Palma and David McInulty, who was upholding family honour following engine troubles that had sidelined his brother Jason. Behind them on the grid would be Nikolaj Ipsen and the Laroche brothers, heading the 2-Eleven contingent. In seventh place was the Exige of Thierry Verhiest, followed by Anthony Fournier’s 2-Eleven, and the Exiges of Tibor Valint and Robin Nilsson.

Wright fronted the Open class with 12th position on the grid, one ahead of rival Harvey, whilst Mark Yates was on pole for the Production runners. Thierry Hedoin and Dave Carr would line up behind him. 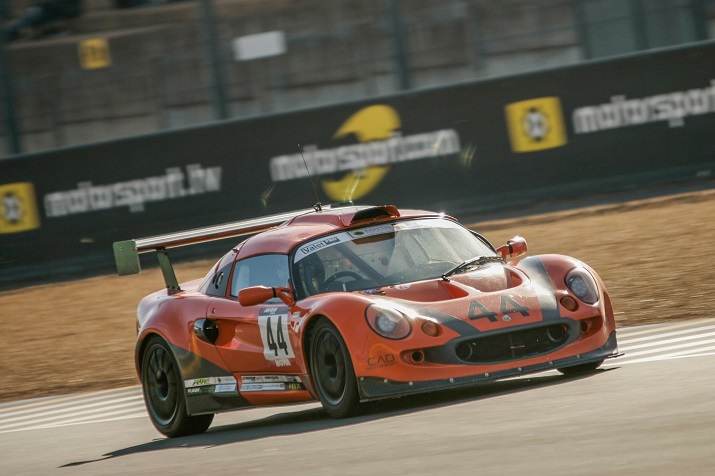 Balogh took command of the opening race from the rolling start, and when the outside line at the first curve became the inside line for the first part of the Dunlop chicane, he ensured that he completed the opening lap ahead of his fellow Hungarian.

By contrast, Vizin finished the first lap in third place behind Daniel Palma, with McInulty in fourth place. The Briton tailed his rival and claimed third by the time they crossed the line for the fourth time. A battle for second place soon developed, with the net result being that Balogh disappeared into the distance. 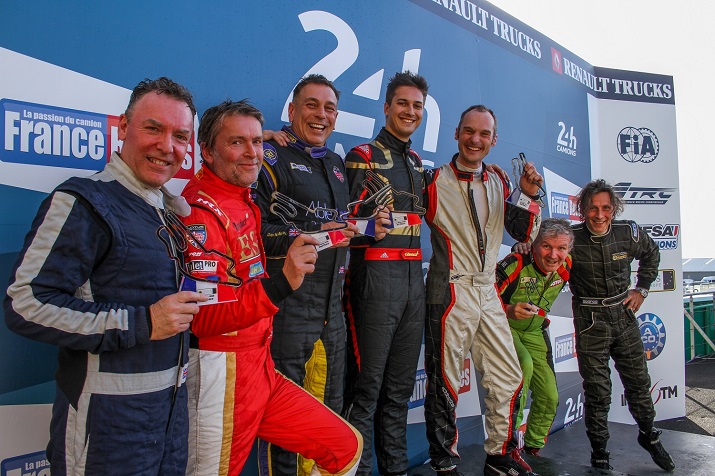 The complexion of the race at the front altered at mid-distance when Ipsen passed Vizin and began to hassle the fight for second. On lap 12, the order changed and Ipsen held second from McInulty and Palma. It did not last, however, and the Dane pitted with mechanical troubles, whilst Palma slipped down the order. This promoted Verhiest to second place, but he was under attack from Nilsson. The race ended in this formation, however, with Balogh a country mile ahead of a delighted McInulty, Verhiest, Nilsson and Vizin. 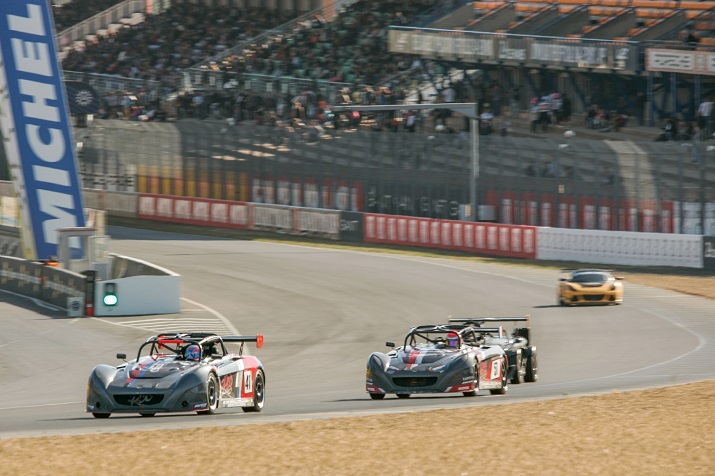 In sixth place was the leading 2-Eleven of Anthony Fournier, with Palma and Janos Santa separating him from Franck Laroche in ninth place, with whom Fournier had earlier fought, with Andrew Wright following in tenth. The absence of Christophe Lisandre confirmed Franck and brother Christopher as 2-Eleven champions, whilst a race retirement for Harvey would end his weekend and ensure the Open title for Wright.

With no class title to settle in Production, Thierry Hedoin fought past Mark Yates and Dave Carr to take the category win. Yates dropped back after a clash with one of the V6 Cup cars, ensuring another victory for Hedoin, ahead of a pleased Carr and an equally happy Jean-Pierre Genoud-Prachex. 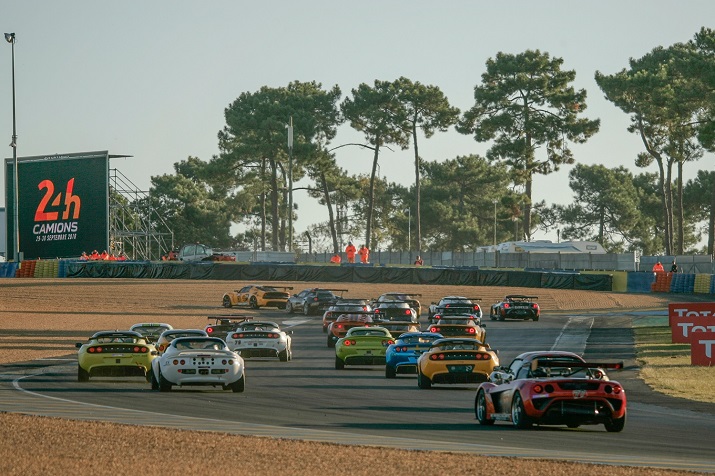 Having lost out at the start of race one, Vizin took an early lead in the second encounter, held on Sunday morning. It wouldn’t last, however, and Balogh assumed his usual place at the head of the field by lap four.  This left Vizin to try and resist attacks from both McInulty and Palma, newly invigorated after their strong race one performances. On lap seven they were past, indeed Vizin was out of the race after such a strong start. 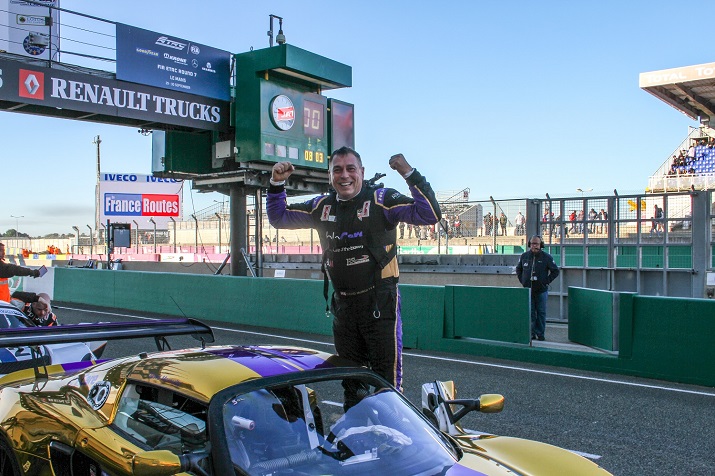 This time there was no change in the top three order, and McInulty ran closer to Balogh, although ten seconds still separated them at the flag. Fourth was taken by Nilsson, ahead of 2-Eleven victor Christopher Laroche.

Verhiest followed up his race one podium with a sixth place finish, ahead of Egon Burkus, Ipsen, Fournier and Open winner Wright. 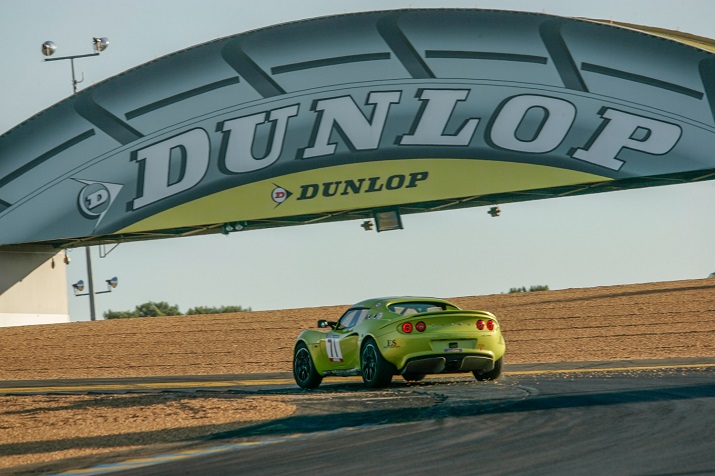 Having won the Production class in the opener, Hedoin kept his rivals well out of reach this time, leaving Yates to take best of the rest ahead of category champion Pettersson. 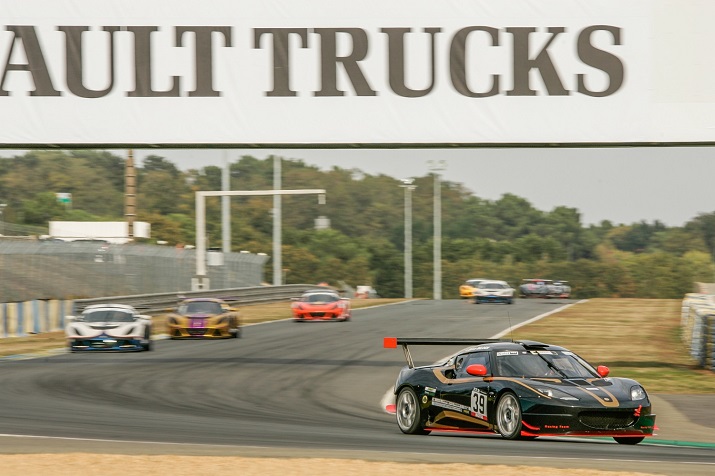 For the final race of the season, Balogh was determined to end on a high, and claimed his 11th win of the season, 20 seconds ahead of his nearest rival. This could have been McInulty, who made a poor standing start but recovered to challenge Palma for several laps near the end of the race.

The battle for second place was enthralling, and McInulty eventually passed the Swede, although very nearly lost this with a lurid slide late on. The Briton’s pass, however, was not within track limit regulations, and this gave Palma second place in the result. 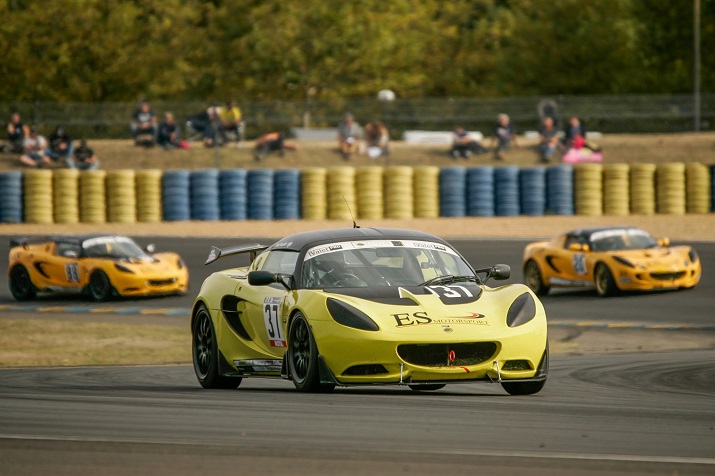 Having missed out twice during the weekend, Yates claimed the Production win on a weekend when new category champion Pettersson only stood on the podium once. On this occasion, Yates was joined by Hedoin and Carr. 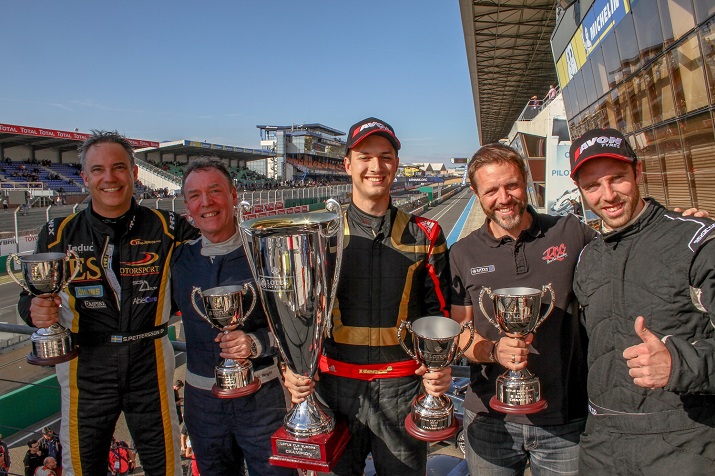 The final weekend of 2018 may not have held any surprises as to the championship winners, but provided plenty of intrigue in the absence of race winners Williams, Rasse and Jason McInulty. The latter’s brother David stepped up to the plate admirably to uphold family and British honour, whilst Palma also drove fine races to challenge the podium places.

Another entertaining Production fight saw Hedoin stake his claim to the 2019 Production title, with Yates likely to be a strong opponent. The new season will get underway at Hockenheim in April, but first there is the matter of new cars and drivers to look forward to. In the meantime, we congratulate overall champion Balogh and class champions Christopher and Franck Laroche, Wright and Pettersson.