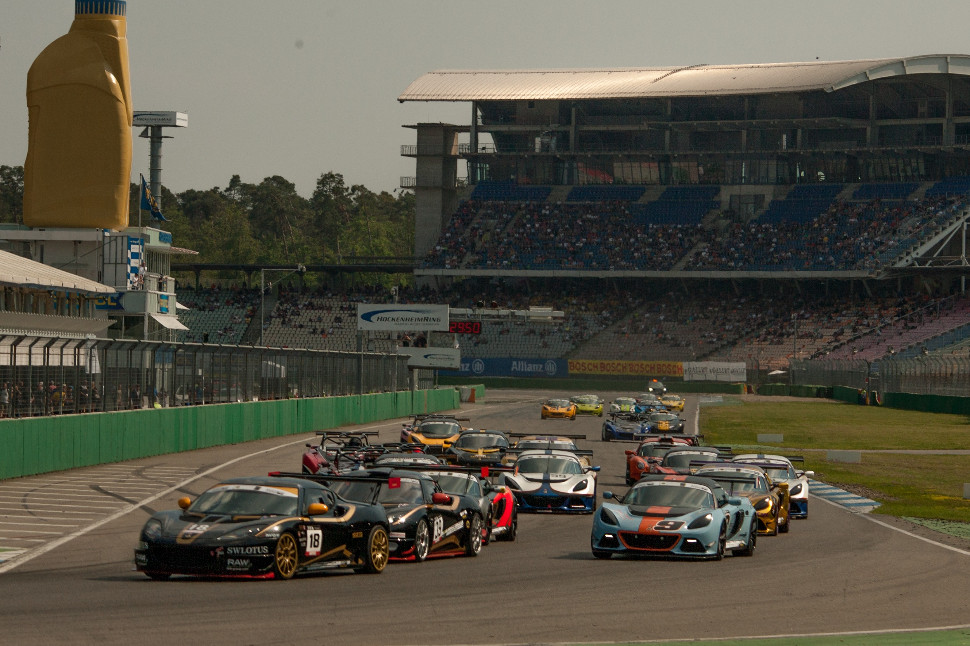 Steve Williams 18 made the best of both starts

Britain’s Steve Williams celebrated a double victory in Germany as the new Lotus Cup Europe season got underway at Hockenheim this weekend (20-22 April), where the Evora was the car to beat in the scorching 30-degrees heat.

The event donated 5,000 Euros to the Jim Clark Trust

The FIA International Series’ 2018 championship kicked off with its now customary appearance at the Hockenheim Historic – Jim Clark Revival meeting, which attracted 25,000 visitors to the German Gran Prix venue. This year’s event had an added poignancy, taking place just two weeks after the 50th anniversary of Team Lotus’ double World Champion’s passing. A minute of silence was held in his honour, whilst Clive Chapman attended a special ceremony at Clark’s memorial and the new Lotus Exige Type 25 was proudly on display in addition to a Type 49 Formula 1 car in Gold Leaf livery.

On the track, reigning Lotus Cup Europe champion John Rasse from Belgium began his title defence with a brand new V6 Exige. However it was the Evoras of Bence Balogh and Williams that would qualify on the front row of the grid. 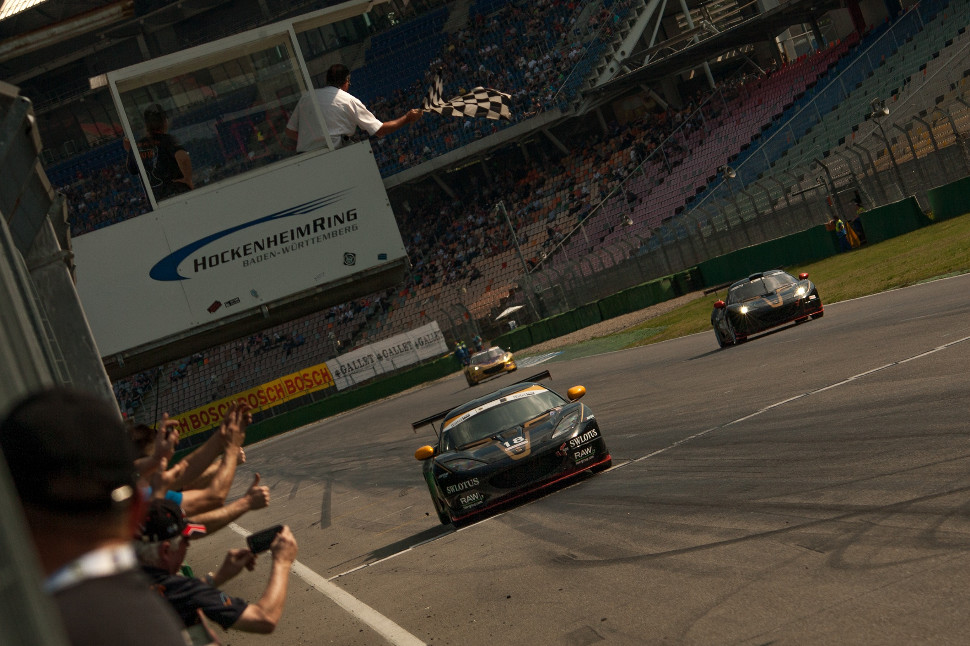 Williams takes the flag from Balogh and McInulty in race one

Williams made the best of the rolling start to lead race one, but an error on lap four let Balogh past. The Hungarian had qualified a second clear of the field, but was unable to use this advantage and Williams was back in the lead six laps later. Balogh chased him to the flag, however, the eventual gap less than a second.

Behind the leaders, Britain’s Jason McInulty, the reigning Production class champion, made a big impression on his graduation to the V6 Cup category with third overall. He’d only qualified in tenth place, but with an attacking drive in his Evora he passed former champions Rasse and Tamas Vizin (Hungary), multiple race-winner Xavier Georges (France) and his brother David to complete the podium. 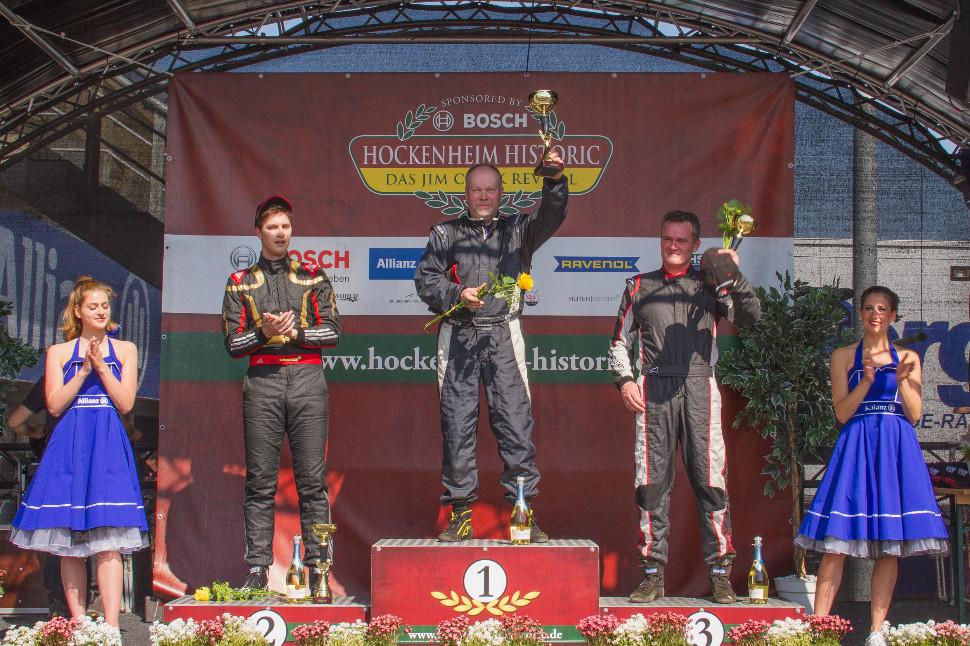 Williams made light work of the second race, leading every single lap to complete a victory double as rival Balogh ended the opening lap in fourth place, initially leaving Rasse and McInulty to squabble over second place. The Hungarian recovered, demoting McInulty on lap eight, then passed Rasse three tours later, closing to within a second of Williams by the flag. Rasse pulled clear of McInulty and Vizin to take third place. 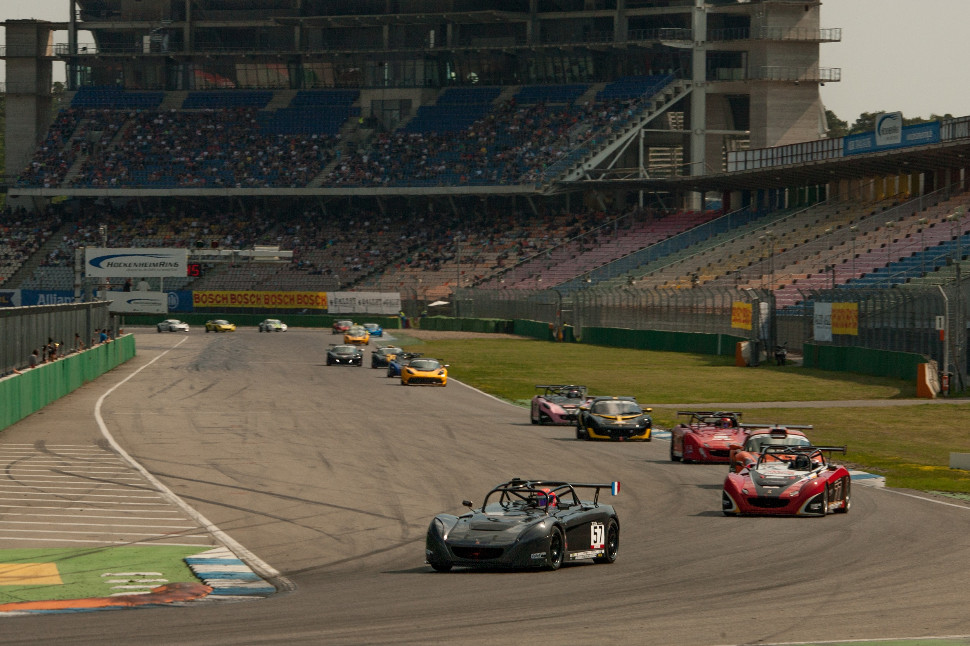 Defending 2-Eleven class champion Christophe Lisandre began his campaign with class victory in the opening race and a top ten finish, but early troubles in the second dropped him to the tail of the field. This left Christopher Laroche a clear run to class honours in 12th place, one ahead of Andrew Wright, who dominated the Open class with two wins in his Series 1 Exige. 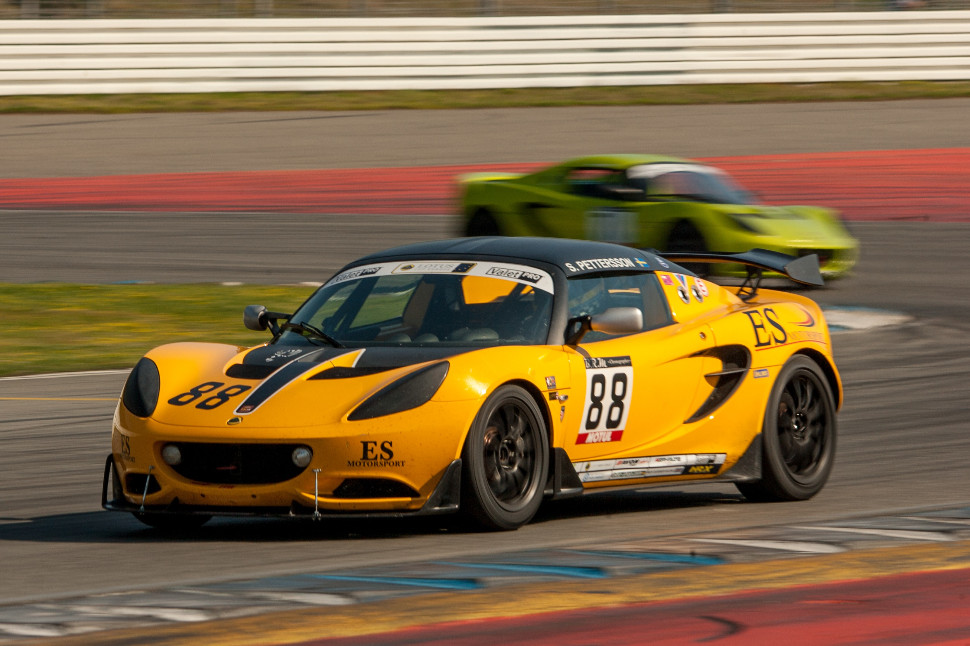 Sven Pettersson doubled up in the Production class

Last year’s Production class runner-up, Swede Sven Pettersson took the early category title lead with two wins in his Elise Cup R, despite the close attention of France’s Thierry Hedoin in race one. In the second encounter Britain’s Andrew Dolan produced a gritty drive in his Series 1 Elise to beat compatriot Mark Yates’ much newer example to second in class.

Lotus Cup Europe heads south to Paul Ricard for its next rounds on 19-20 May. 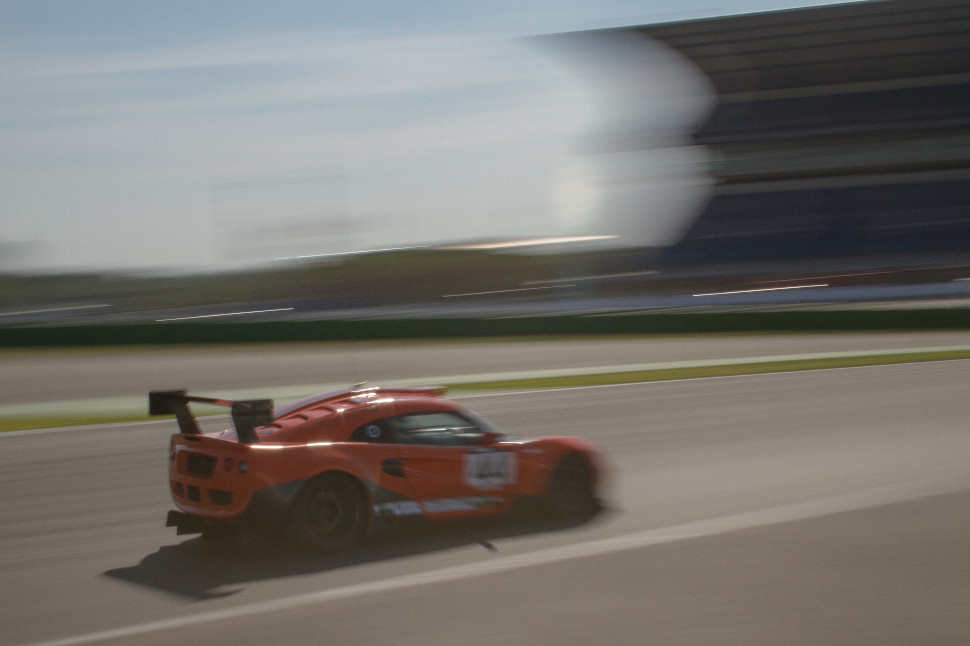 LoTRDC would also like to thank Chris Emery of AIM Technical Services for making a huge effort to support the event.