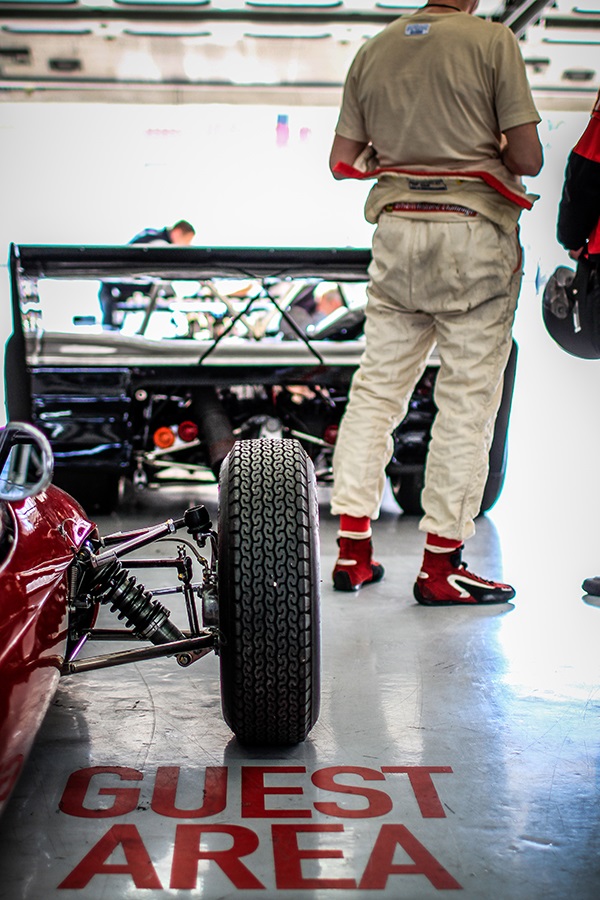 The Hockenheim Historic will allow visitors to enter a time journey through the whole range of historical racing events on three days of the event (21 to 23 April) – right up to the harmonious setting teams in clothing from the time of their racing cars, grid girls in magnificent petticoats, straw bales that portray the way things used to be while there is a historic fair on the top of the garages. The charm of the story is everywhere. 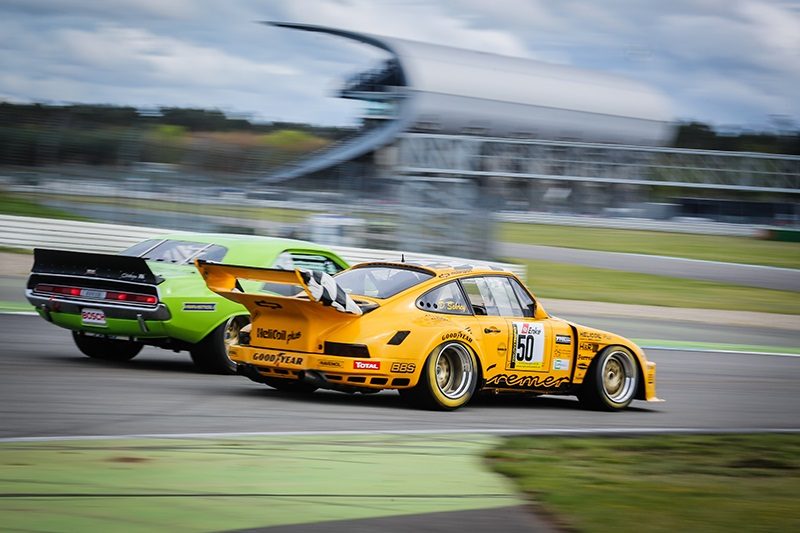 Just sit in the grandstand and enjoy the spectacle on the Grand Prix circuit? Or maybe follow the attractive offers of the support program? The decision will be very difficult! Every morning from 9:00am the sound of historic racing cars will erupt. Nine different high quality series will deliver real racing. The CanAm Cup with 800 horsepower cultivates like the McLaren M8F or the courageous monoposto races of the FIA ​​Lurani Trophy and the HRA Classic Formula 3 or even the “BOSS GP”, Formula One racers of the past. Youngtimer Touring Car Challenge inspires with touring cars from the years before 1990. The Lotus Cup Europe is particularly reminiscent of the 1968 at an F2 race on the Hockenheimring with the death of double F1 World Champion Jim Clark. In honour of him, the Bosch Hockenheim Historic – The Jim Clark Revival is held annually.

The “Raceclub Germany powered by FNT”, specializing in Formula 1 and F-3000 bikes, such as the 2008 Toyota by Timo Glock, will be the highlight of the show. The German Maserati Club introduces the 100-year history of the sporting and noble brand under the sound name Passionata Maserati. A highly exclusive take-off of the Serenissima M1AF Formula 1 and its GT brother 308 Jet Competizione of the Scuderia Serenissima, which after more than 50 years for the first time together on a Grand Prix course. Porsche enthusiasts should not miss the presentation of the company Elevenclassics – with series classics like the Porsche 911 Carrera RS from 1973 to the current Porsche 911 GT3 RS. Event visitors have the opportunity to look at all these historic racing cars in the paddock or in the boxes and to chat with the owners – the access is free! The event program provides all the information on where to find your favourite.

Exhibitions including the Schumacher-Benetton, photoshoot on Friday 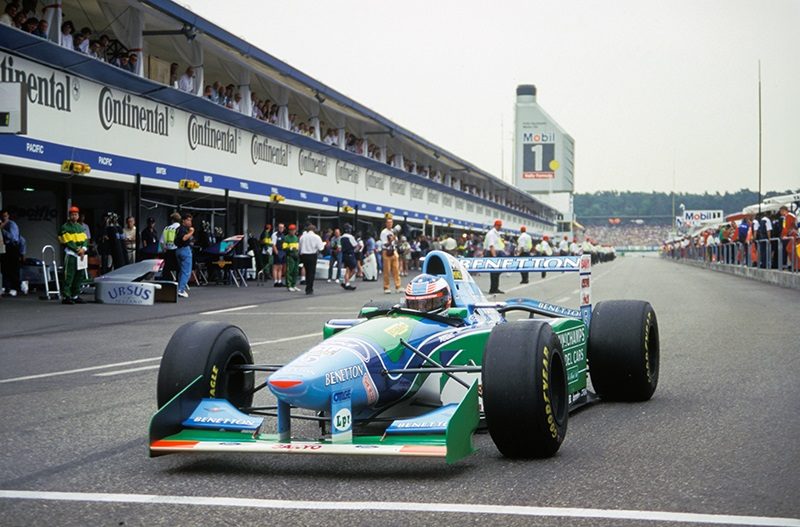 The highlight of the exquisite mini exhibition for the anniversary “85 years Hockenheimring” is the Benetton-Ford B194, the car of record F1 champion Michael Schuhmacher when he became Formula One world champion for the first time. A Lotus 69 F2 from 1971 is included; After all, the Motodrom from 1967 to 1982 was the mecca for the Formula 2 – and all the greats from that time were at the start: Jim Clark, Jochen Rindt, Graham Hill, Hans-Joachim Stuck, Manfred Winkelhock, Stefan Bello. The Mercedes AMG CLK 55 DTM comes from the Motorsport Museum, defending its title with the 2001 DTM record champion Bernd Schneider. Fourth in the league of the Historienreigen is a Condor-Porsche from the Interserie, the European counterpart to the CanAm Cup. The model, built by Peter Behnke in 1969, was one of the most successful in the interseries ever. On Friday the 21st of April, 2017, a photo will take place on the start/finish straight on the occasion of the jubilee at 7 pm. The special exhibition can be admired in the paddock opposite Box 46. Further highlights of the supporting program are the Jim Clark exhibition and the special tour “On the trail of Jim Clark”. 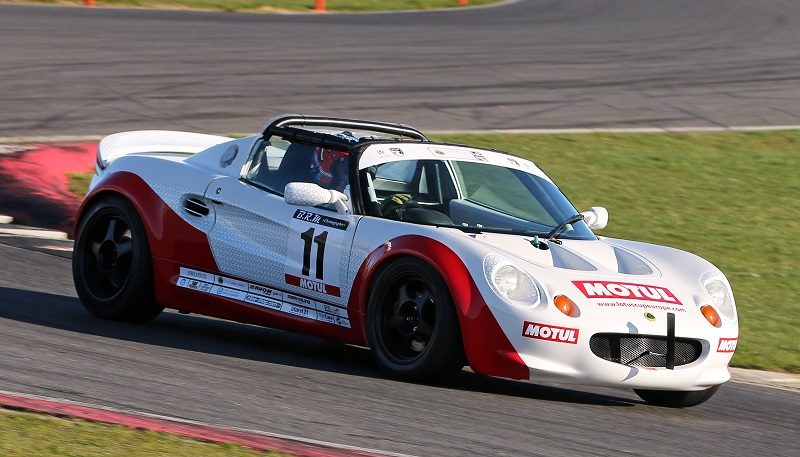 On the top of the garages/pit boxes there is a historic annual market with many stands. All exhibitors warm the heart in the style of the past – there’s even a fashion show. All ticket holders are welcome! Action, fun and excitement are guaranteed, and on the Saturday evening, the day’s victories and a big party with the moped garage and the cover band “Me and the Heat” are celebrated, including fire artist and performances of the Army Girl- Dance group in the style of the 50s.

This year, the celebrity guests are Ellen Lohr, Michael Bartels, Christian Danner, Jochen Mass and Marco Werner, who will be at the Red Cafe bar at 12pm on Saturday and / or Sunday. Ex-Lotus F1 driver Martin Donnelly is also racing a Lotus in Lotus Cup Europe. A shuttle brings interested parties to the large “Markenclubareal” at the Mercedes-Grandstand – traditionally THE meeting place for car clubs and enthusiasts from all sorts of years. An old and youngtimer sales market for complete vehicles has been integrated for the first time. 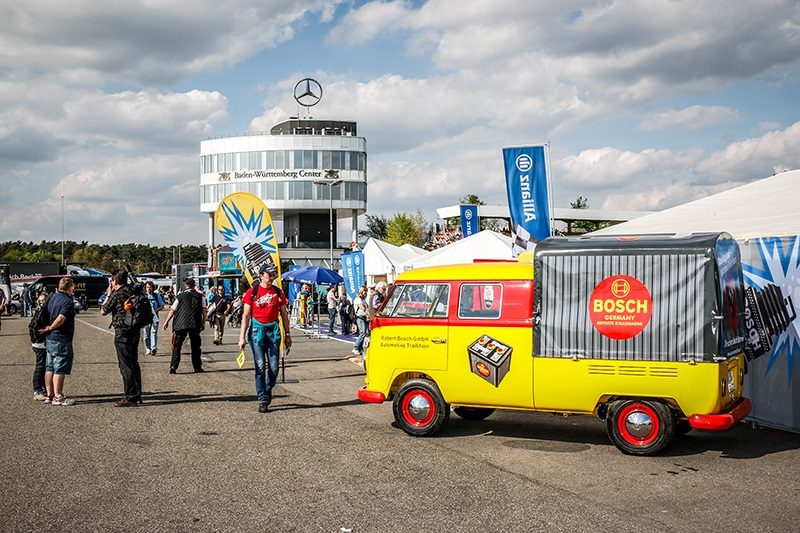 The two main partners of the event, Bosch Classic (formerly Automotive Tradition) and Allianz Group, present themselves directly at the entrance to the paddock, including exhibition vehicles. Allianz provides the Grid Girls with a historic outfit – that must have been seen.

Friday is just Ten Euros, while a weekend ticket is available from 35 Euro. Detailed information on ticket prices, the individual racing series and the supporting program can be found at www.hockenheim-historic.de

Please note: the original news item was in German and has been translated via software.