Britain’s Steve Williams made a long-awaited return to the top step of the podium when Lotus Cup Europe visited Spa-Francorchamps this weekend (8/9 July), taking a clean sweep of victories at the Belgian Grand Prix venue.

Lotus racing stalwart Williams has also raced in Lotus Cup UK and the Elise Trophy, campaigning a variety of machinery from the Norfolk marque, however this was his first victory in Lotus Cup Europe for several seasons, his last coming at the wheel of a 2-Eleven. This time his Evora beat the similar car of compatriot Jon Packer in both races, although the four-time race-winner was excluded from second place in the opener for failing post-race ride-height checks.

The pair were challenged by Frenchman Xavier Georges, a winner at Paul Ricard, in race one. However Georges spun at La Source at the start of the second encounter but staged a stirring fightback to just miss out on third place, which was eventually claimed by Swede Robin Nilsson. Britain’s Andrew Wright, who fought Nilsson in the finale, inherited a podium place in the opener following Packer’s exclusion.

The 2-Eleven class was closely-contested, with Frenchman Philippe Loup taking both wins after defeating his son in the first race and fending off compatriots Jean-Pierre Genoud-Prachex and Christophe Lisandre in the second. Meanwhile Open class honours were shared between Britain’s Harry Woodhead and Frenchman Christopher Laroche.

In the Production category, another clean sweep from Hungary’s Tamas Vizin edges him further away from his opponents in the title race. Jason McInulty made him work for his win in race one, but the Briton couldn’t finish the second contest, giving France’s Thierry Hedoin, a class podium finisher in

The championship appeared on the same bill as the prestigious British GT and BRDC British F3 championships, supporting the Fun Cup 25 Hour race, which brings a party atmosphere to the Ardennes circuit.

The next rounds of the FIA International Series will take place at Brands Hatch on 27/28 August at the annual Lotus Festival. 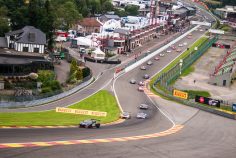 Race one gets underway 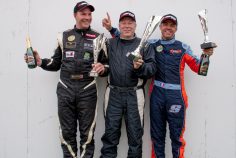 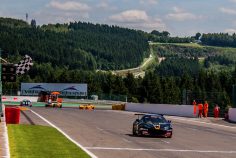 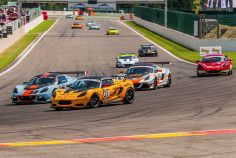 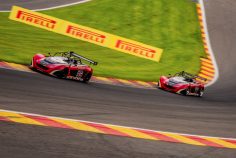